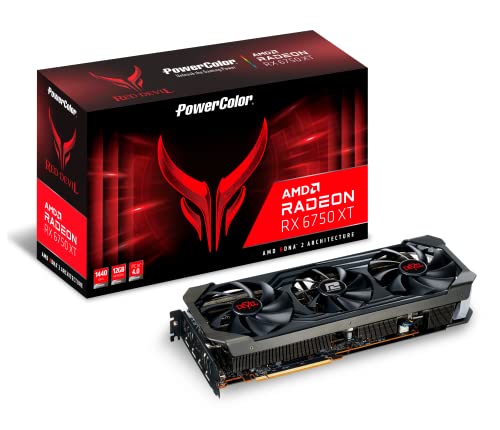 In our comparison, the Radeon RX 6700 XT has a slightly higher core clock speed. This is the frequency at which the graphics core is running at. While not necessarily an indicator of overall performance, this metric can be useful when comparing two GPUs based on the same architecture. Despite this, the Radeon RX 6750 XT has a slightly higher boost clock speed. The boost clock speed is the frequency that the GPU core can reach if the temperature is low enough. The allows for higher performance in certain scenarios.

Next up, in terms of GPU memory, they both have the same amount of memory at 12 GiB. If you're planning at playing games at high resolutions with high-quality textures, you will need a lot of memory.

In addition, the Radeon RX 6700 XT has a slightly lower TDP at 230 W when compared to the Radeon RX 6750 XT at 250 W. Heat output doesn't match power consumption directly but, it's a good estimate.