What is the best CPU in 2022? Our CPU comparison tool will help you compare two CPUs to find the best one for your needs. Our CPU benchmark scores are split into different categories based on workload. You can compare core counts, clock speeds, cache sizes and more.

Our database contains thousands of examples, each of which can be compared spec for spec. The winner and the difference are shown. The hardwareDB Benchmark tests gaming and workstation performance.

If you're building a gaming PC, you may ask yourself what CPU to choose. With our tool, you can compare different processors, for instance Intel vs. AMD CPUs for gaming. Our comparison offers a CPU Rating based on many factors such as gaming, productivity and workstation tasks.

Plan your CPU upgrade with our compare tool. Furthermore, you can run our Free PC Benchmark to rate the performance of your CPU and check its specs.

Firstly, clock speed and turbo speed are important when comparing per core performance, generally the higher, the better. A higher clock speed may bring higher operating temperatures, however.

Indeed, TDP (Thermal Design Power) is a measurement of how much energy is lost as heat when a processor is running. This has an impact on system temperatures. If temperatures get too high (typically around 100 °C or 200 °F), the CPU will lower its performance in order to prevent damage to the chip. Adequate cooling is essential for good performance.

Another point of consideration is CPU Cache. Cache is very fast memory built into the processor. It stores what the CPU is currently working on and anything that doesn't fit is sent to the main system memory, which is slower but more plentiful. It is split into three levels, with Level 1 being the fastest and Level 3 being the slowest. More CPU cache is desirable for high-performance scenarios.

Our CPU database contains thousands of models with detailed specs and benchmarks. Each model has real-world CPU benchmarks that give a strong indication of the processor performance in many areas.

Every CPU has an overall rating which aggregates scores in all workloads. This can be used as a simple way to compare CPUs at a glance.

You can Speed Test your CPU within a couple of minutes with our benchmark tool. Use the results to compare your processor against others in multitasking, gaming and more. 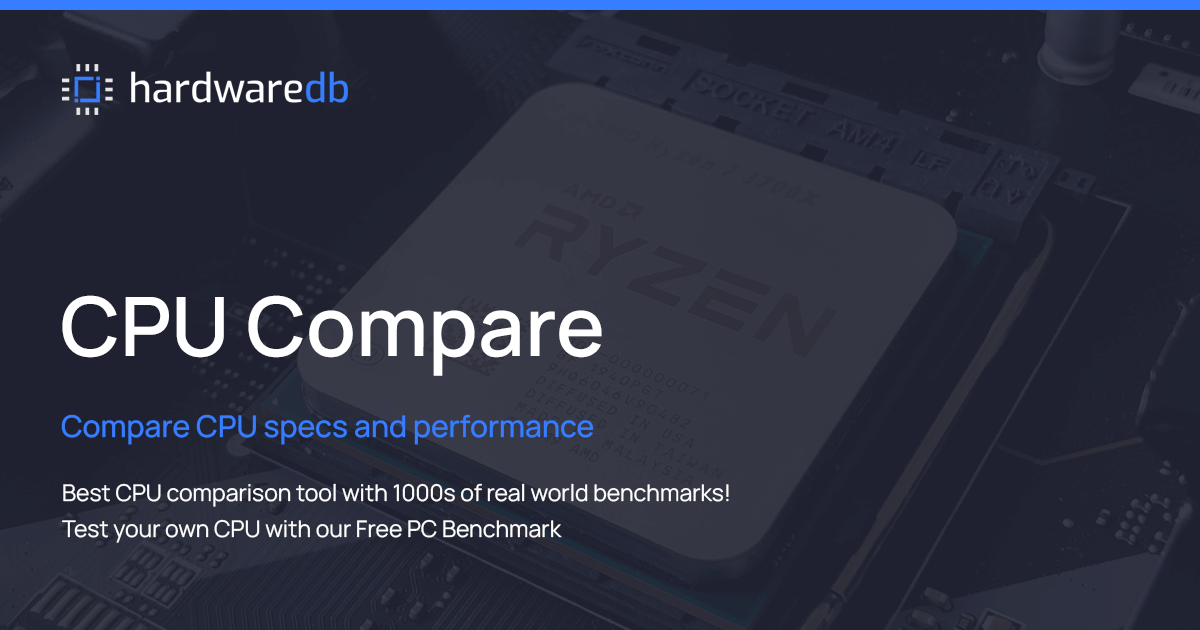