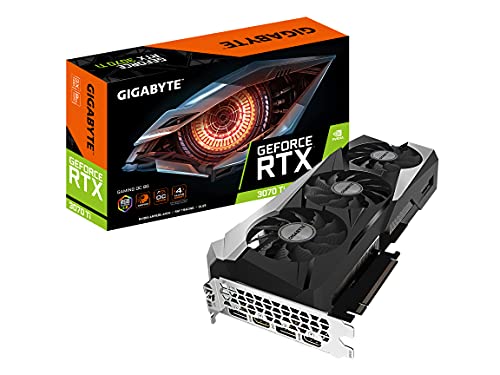 In our comparison the GeForce RTX 3070 Ti has a slightly higher core clock speed. The core clock speed (or base speed) is the frequency at which the GPU core runs. This metric makes sense when comparing GPUs of a similar architecture or generation. In addition, the GeForce RTX 3070 Ti also has a slightly higher boost clock speed. This is a frequency that can be reached if the GPU is cooled sufficiently and has enough power.

As stated by the manufacturer, the GeForce RTX 3080 Ti has significantly more memory with 12 GiB of memory compared to 8 GiB. Lots of memory is good when playing at high resolutions or with many monitors.