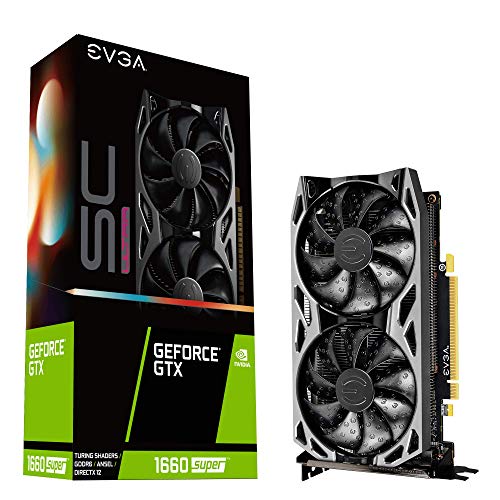 Want to compare your graphics card against the GeForce GTX 1660 SUPER and the Radeon RX 6600? Download our free and quick PC Performance Test.

For gaming, the Radeon RX 6600 graphics card is better than the GeForce GTX 1660 SUPER in our tests.

The Radeon RX 6600 has a slightly higher core clock speed. The core clock speed (or base speed) is the frequency at which the GPU core runs. This metric makes sense when comparing GPUs of a similar architecture or generation. In addition, the Radeon RX 6600 also has a slightly higher boost clock speed. This is a frequency that can be reached if the GPU is cooled sufficiently and has enough power.

Furthermore, the spec sheet for both these GPUs show that the Radeon RX 6600 has slightly more memory with 8 GiB of memory compared to 6 GiB. Memory size doesn't directly affect performance, but too little memory will certainly degrade gaming performance.

In addition, the GeForce GTX 1660 SUPER has a slightly lower TDP at 125 W when compared to the Radeon RX 6600 at 132 W. Heat output doesn't match power consumption directly but, it's a good estimate.

In terms of raw gaming performance in our GPU benchmark, the Radeon RX 6600 is better than the GeForce GTX 1660 SUPER.