Want to compare your CPU against the Core i9-10900F and these results? Download our free and quick PC Performance Test. 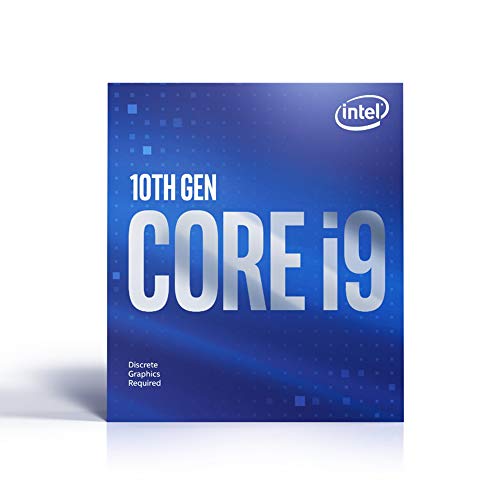 The Core i9-10900F is a 10 core CPU from Intel released in 2020. This chip has a very good overall score at 96% in our CPU benchmark. Our gaming benchmark shows that this CPU is an amazing processor for gaming, with a score of 100%. As for multitasking and heavy workloads, the Core i9-10900F scores 94% and 94% respectively. Indeed, this is a very good rating for very heavy workloads.

The Core i9-10900F has 10 cores and 20 threads. This CPU makes use of simultaneous multithreading technology to improve performance on parallel tasks. Each physical CPU core is divided into multiple logical processors. This Intel CPU has a clock speed of 2.8 GHz and a turbo speed of 5.2 GHz : a higher clock speed that can be reached when thermals and power delivery allow. This CPU has a locked multiplier, so you are not able to overclock it beyond this frequency.

As for memory, the Core i9-10900F makes use of DDR4-2933 memory. The faster the memory, the better. Faster memory means that the CPU doesn't have to wait to get the data it needs. It can accommodate a maximum of 128 GiB of memory. Furthermore, this chip can handle up to 2 channels of RAM, a multichannel memory architecture allows for higher data transfer between the CPU and the memory. However, to take advantage of this, you must have enough memory slots filled. Error correcting memory is not supported on this processor.

In terms of cache, the Core i9-10900F has 640 KiB of level 1 cache, 2 MiB of level 2 cache and 20 MiB of level 3 cache. This is a fast memory located close to the processor, which stores copies of frequently used data from main memory.

Power and thermals for the Intel Core i9-10900F CPU are a TDP (Thermal Design Power) of 65 watts. This measures the amount of heat the processor produces when running at full load. This isn't a measure of power consumption, but it's good estimate.